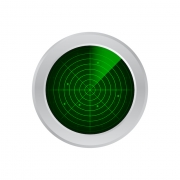 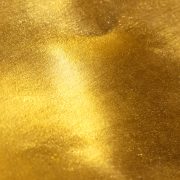 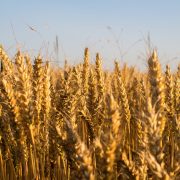 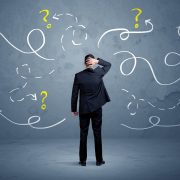 Apple (AAPL) – Head and Shoulders (Pattern) above the rest.

As a trader, my favorite chart configuration is the Head and Shoulders. The H&S pattern is easily recognizable (although for reasons I will not go into here, the novice chartist falsely finds the H&S form everywhere), produces far more reliable trading signals than more frequent patterns and is found at major turning points.

Apple has formed H&S patterns at many major turning points in recent years. The Factor has identified, alerted members and traded many of the following H&S patterns in real time.

Chart traders need to keep their eyes on Apple. The H&S pattern, when it occurs in Apple, is always worth a trade. Truly, Apple is head and shoulders above the rest. 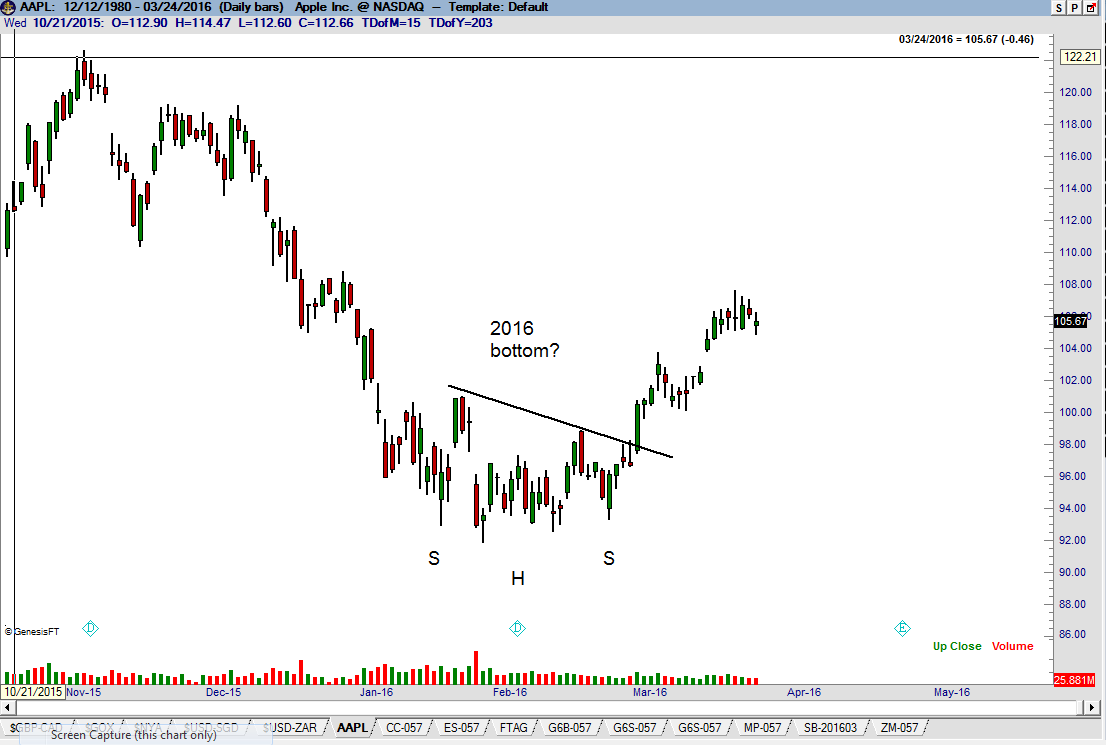 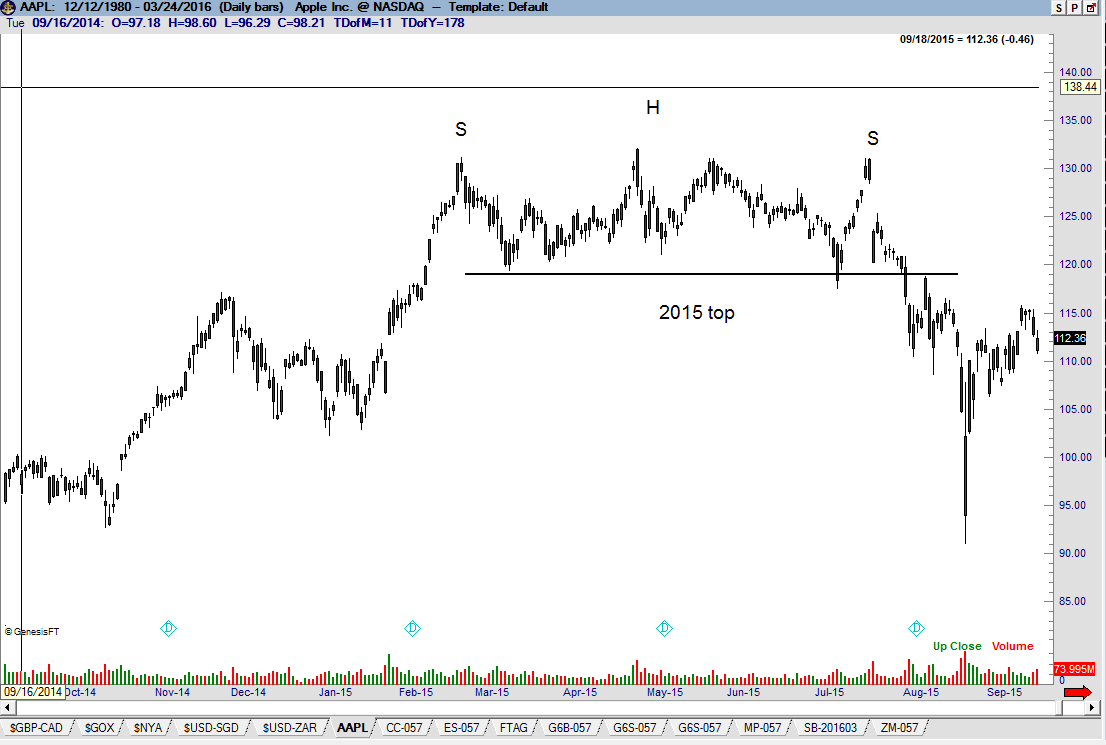 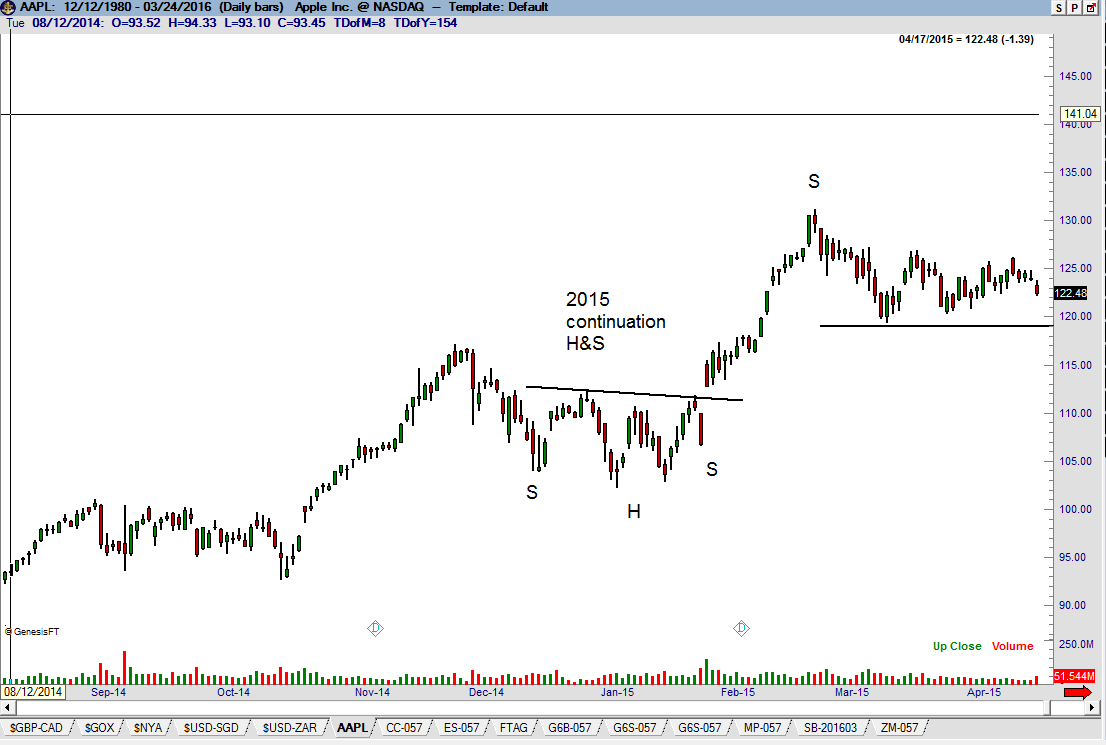 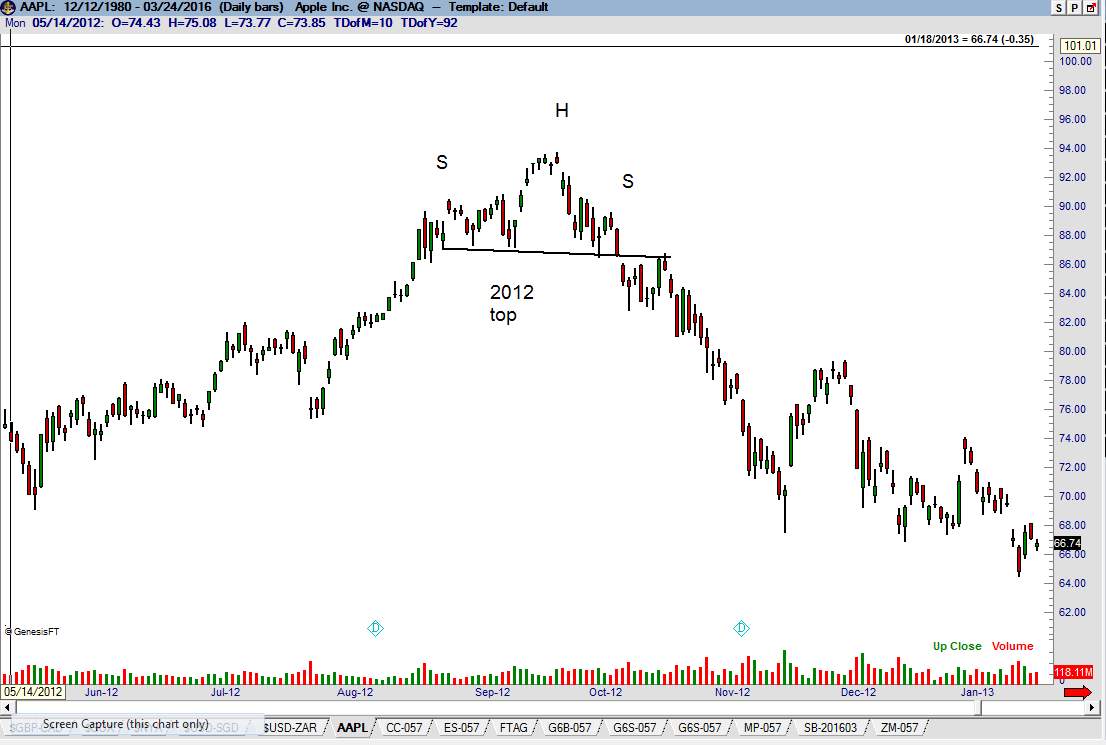 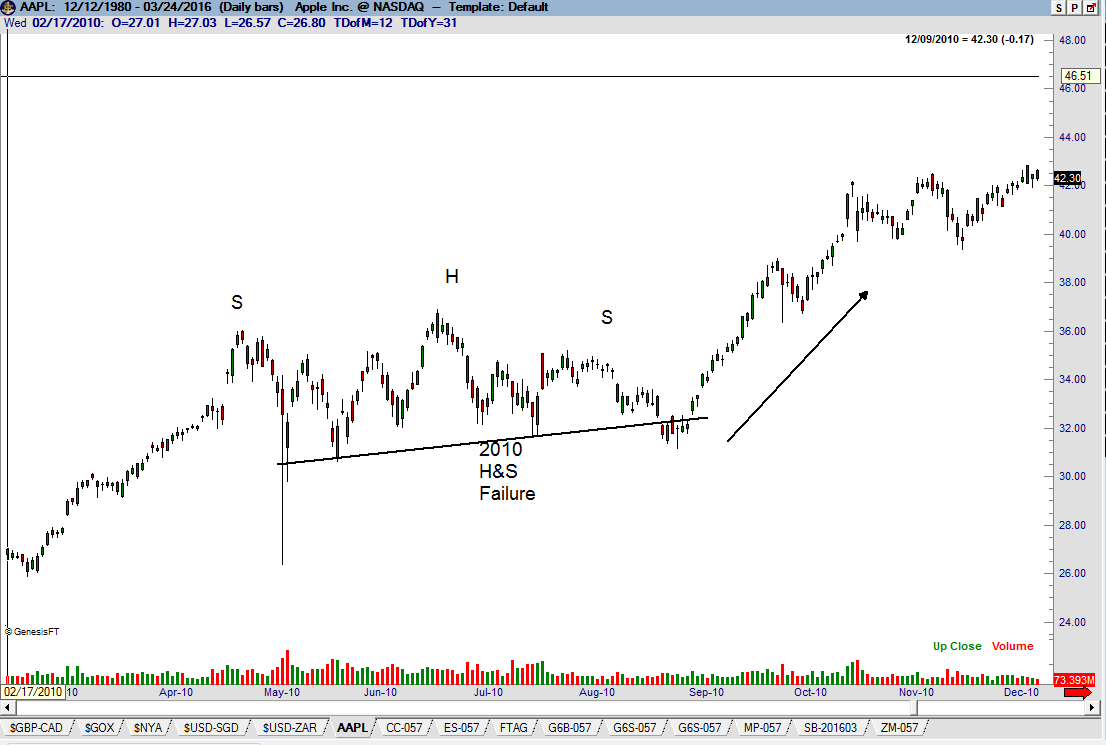 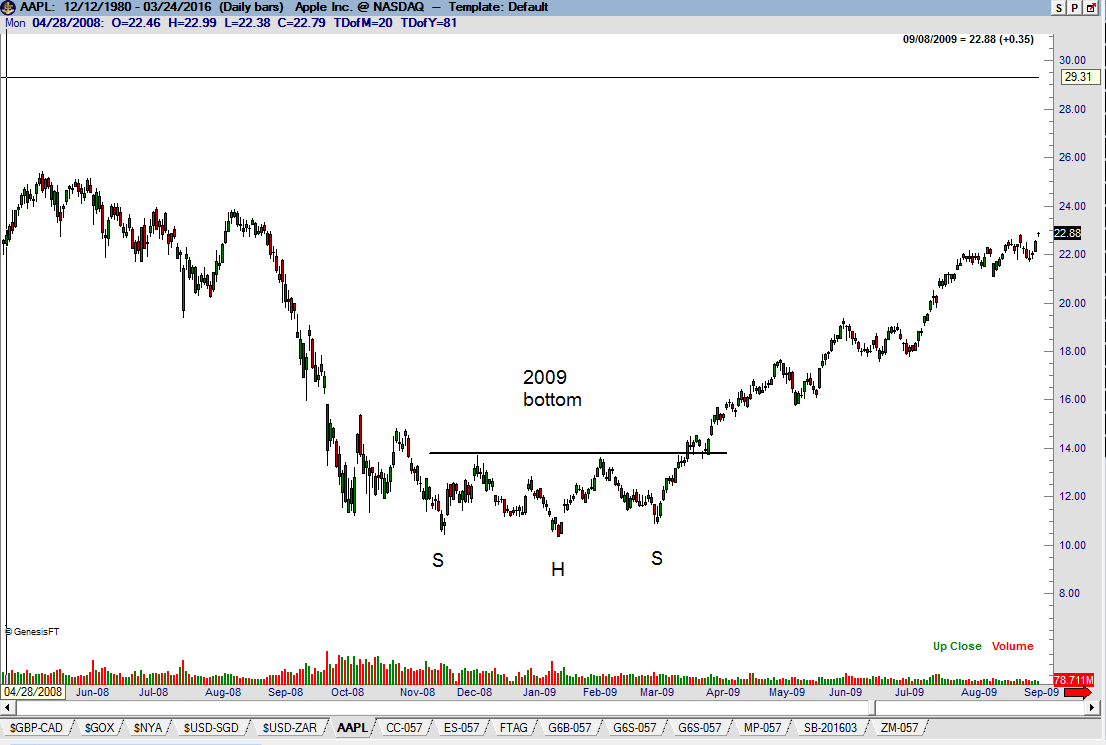 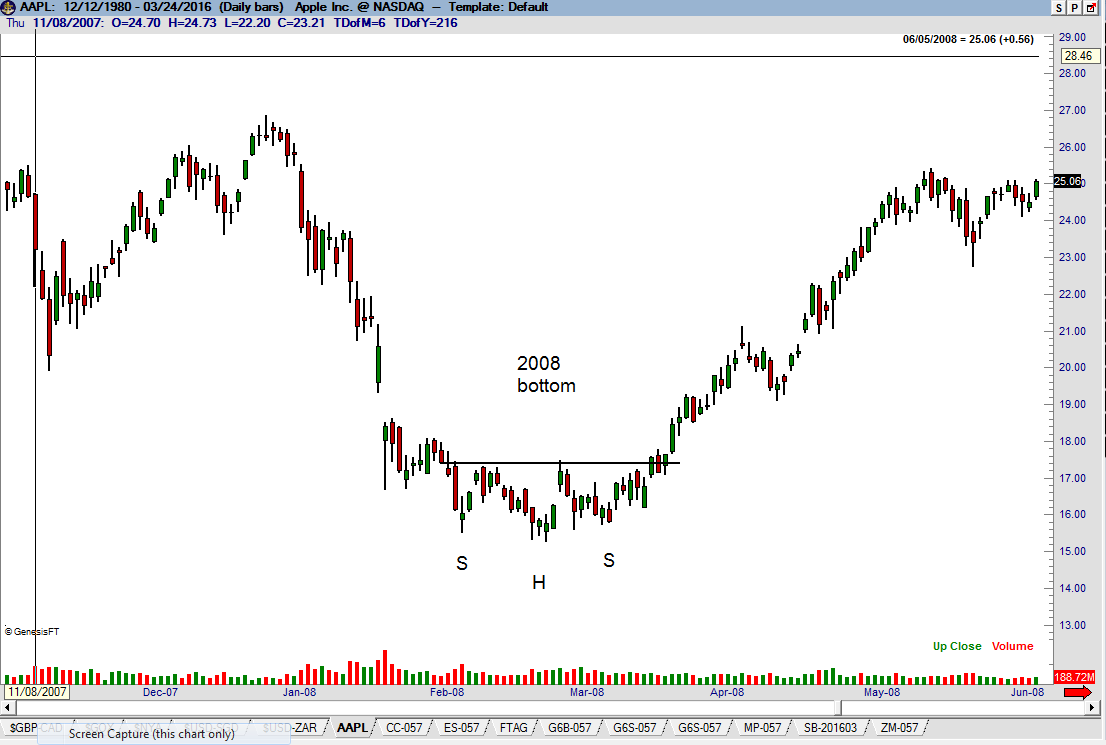 Identifying a pattern is a relatively easy task in which to gain competence. Trading a pattern once identified – now that is a horse of a different color.

How many times have you heard another trader say (or said to yourself): “I knew that stock XYZ was going to go up, and it did, but I did not make a dime on the move?”

Trade signaling, in my opinion, is far less important to net profitability than is proper trading tactics and aggressive risk management protocols.

Factor LLC, in its proprietary account, traded two of the H&S pattern featured herein as follows (adjusted for splits, not adjusted for commissions):

The protective stop was moved to 116.82 after the close on Aug 21. Factor takes profits when targets are met. The target was exceed with a gap down open on Aug 24 at 93.98. Factor maintains open orders to take profits at target levels. The profit for the trade was 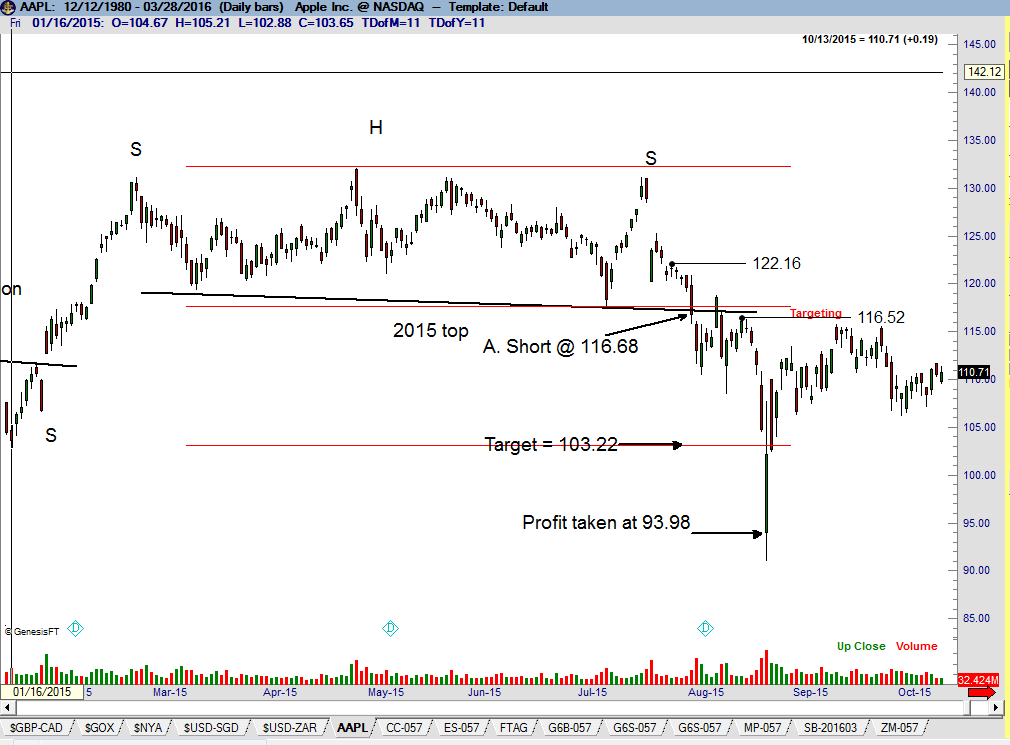 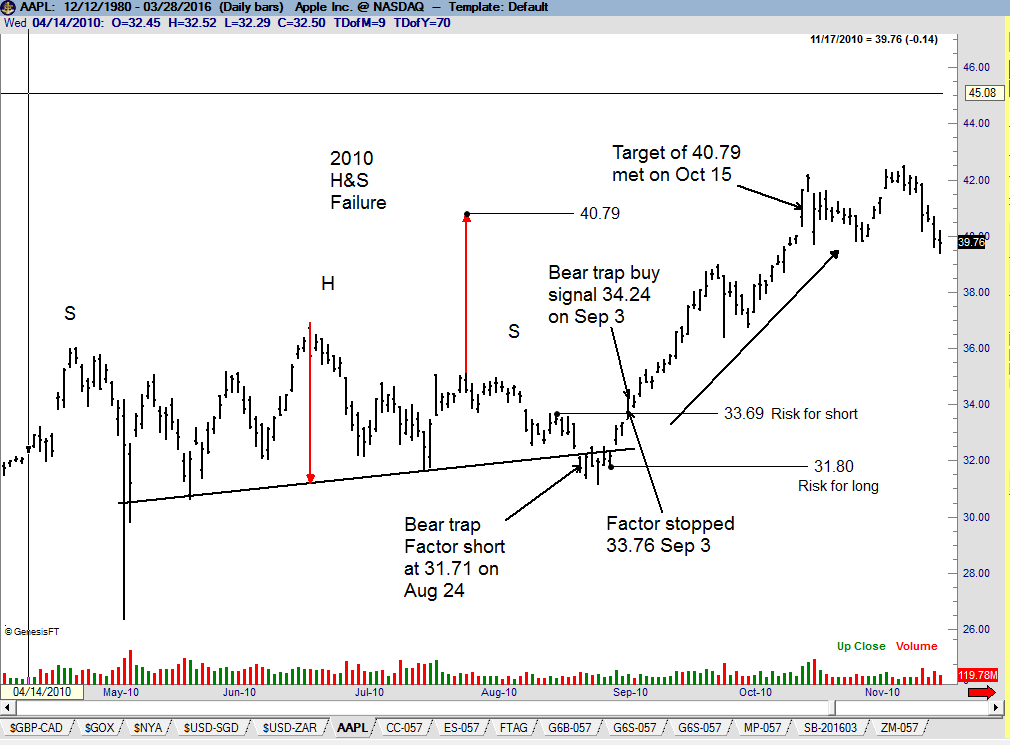 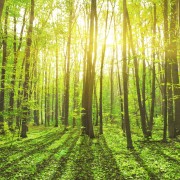